After the first part of the Foam-Rolling series was about the massager itself, the question naturally arises, what you can do with the role. But before we turn to concrete exercises, let’s first take a look at the theory: Foam rolling – how, why, when and when not?

And because the post is a little longer and more detailed, the summary is right at the beginning.

Foam rolling has found its way into the everyday life of professional and hobby athletes due to proven positive effects, especially in the field of regeneration. The effects are similar to those of a massage, and yet there is still far too little knowledge to make clear recommendations on the duration, frequency and intensity of the application.

Two usage patterns currently seem to have a positive consensus:

Foam rolling is a more invigorating massage or compression therapy than self-myofascial release. Great pain is neither compelling nor meaningful companion. Since rolling is not completely harmless, contraindications should be observed and a doctor should be consulted if necessary.

The basic principle of foam rolling

You place the foam roller on a firm, flat surface, place a body part of yours on the roll and create a massage effect by moving your body.

How individual regions of your body are best rolled and which posture is best suited cannot be answered universally. Detailed practice descriptions will follow shortly. However, the body should have as direct contact as possible with the roller. You roll on bare skin or over thin sportswear (shirt, pants). Clothing may move itself over the skin, be pulled off the roller or be crumpled into unpleasantly pressing cloth hills when rolling.

The body part lying on the roll generates a certain pressure due to its own weight, which compresses all tissue layers between the roller and bone. Depending on the position, other parts of the body also contribute to an increase in pressure through their weight or help to reduce the pressure by supporting the pad.

The positioning of the body thus makes a decisive contribution to how to apply the pressure on the roller, as massage parameters changes.

Control is only done by your own feeling: if the pressure seems too high to you or even causes pain, then you have to change the body position for relief. An unpleasant feeling when rolling cannot be completely avoided and yet the feeling of pain on a scale from 1 (does not hurt) to 10 (quite terribly) should not exceed 6.

The roller can only move in one direction (in contrast to balls) due to its cylindrical shape. The placed body part moves in the same direction. The massage effect arises in the opposite direction.

Sometimes it is proposed for this direction of massage – in analogy to the so-called deletion in classical massage – to work only towards the center of the body. For healthy people, however, the direction seems insignificant. In the case of vascular problems or problems with the lymphatic system, consultation with the doctor or physiotherapist should be consulted.

When rolling the legs, it is discussed whether slow rolling towards the feet has a negative effect on the function of the vein valves. So work here more towards the center of the body. You do it intuitively anyway.

Usually the direction of massage follows the course of the muscle fibers. But here, too, there are sensible exceptions.

Speed in the direction of rolling

It becomes exciting when it comes to the question of how fast body part and role should be moved.

Fast, vigorous rolling movements stimulate the blood circulation of the skin and muscles, seem to boost collagen production of the fascia, increase muscle tone and improve body perception (proprioception) by irritating the various receptors. All these are desirable effects as part of warming up. This form of disactivatingfoam rolling can therefore be perfectly integrated into the heating phase of training. Studies have shown that this foam rolling does not result in a performance loss before loading. However, an increase in performance could not be demonstrated either.

Very slow rolling movements – some speak of 30-60 seconds of uniform rolling movement per direction, others of a few centimeters feed per minute – have a relaxing effect. They tend to lower muscle tone and promote the breakdown of collagen in the fascia (which was initially only detected in cell cultures).

However, the fascias benefit in another form. The uniform, slow pressure on the fabrics literally squeezes them out. From the connective tissues, the water of which they consist of about two-thirds is pressed out of a sponge. At the same time, the blood flow is locally reduced. After the massage, the tissue is well blooded and the fascias “suck” again.

Movements not in the direction of rolling

This effect of expression is reinforced by movements. These are slow, small movements of the body part at an angle to the rolling direction.

Due to the special effect on the fascia, the concept of self-myofascial release has been coined as a synonym for foam rolling. If one considers myofascial release in the broadest sense as mechanical manipulation of the muscular connective tissue, then the integration of foam rolling into this category may make sense.

If you rather combine the loosening of deep connective tissue restrictions or bondings with it, it is assumed that the slow processing with the roller could have corresponding effects. But whether such a “release” is actually achieved is controversial due to the flat effect of the roll and compression instead of the displacement of tissue layers.

Massage when the roll stands still

With movements not in the rolling direction, a massage is thus possible even when the roll is stationary. Move the body part to be massaged slightly back and forth in the direction of – so-called shifting.

But also by tensioning and relaxing the muscles in the area of the roller, depending how deep the roller presses into the tissue. Or the movement of surrounding body parts pulls against the connective tissue structures and thus shifts tissue layers below the point where the roller rests.

This very local compression makes working with the roller for the treatment of trigger points interesting. But the effect on the muscular hardenings that can be felt as nodes is also controversial.

Although various compression therapies have proven to be similarly effective, manual therapists will argue that the accuracy of processing the trigger point when using the roller is missing. I would simply try a small ball.

There is no scientific evidence on how long a body region should be massaged with the role or what effects occur with different durations of the massage, at least as far as I know. The information in the summary is therefore based on experience.

There is still a view of the document. How self-evident you may think of the ground, but it is not only this that is suitable as a document. Because basically, the surface only has to be flat and grippy to allow even rolling. And it must be uniformly fixed in order to be able to control the pressure well during the rolling movement.

Thus, a table is also possible. This can be especially helpful when rolling the arms. Or the wall serves as a support surface. It is recommended for people who have problems moving on the floor (e.g. after injuries), who cannot support themselves well or who find the pressure of the roller on the floor too strong.

Foam rolling can either be integrated into sporting training or carried out as an independent small unit.

In the latter case, I see the relaxing and beneficial effect in the foreground, which speaks for slow and enjoyable rolling. Like a nice massage. However, it is hardly any mobility training, as an improvement in the range of movement according to the state of affairs is temporary. If you sit on the couch after rolling, the temporarily gained mobility was useless.

Integration into the training sessions seems more sensible. As discussed above, the activating roller fits perfectly into the heating part. The fast, short processing of different body parts does not take much time. It promotes blood circulation and stimulates body perception.

The slow rolling fits more at the end of a training session. But the recommendations here again differ a little. The effect regarding lowering muscle tone and increasing the range of motion would be in favor of an application before (fascial) stretching, if you even plan this in training. Personally, however, I would put foam rolling completely at the end of the training. The dampening effect on the sympathetic nervous system and the influence on the water balance of the connective tissue discussed above speak for this.

Speaking of sore muscles prevention by rolling: rather false indication. So far, it has only been proven that sore muscles have been subjectively perceived less after rolling. There he was anyway and it took just as long for him to be gone again.

In the end, and yet emphatically, I would like to point out that foam rolling should never be used carelessly. There are contraindications similar to those of the classic massage. You should not roll:

If you are unsure, get advice from a doctor. He/she can decide whether rolling is not allowed at all or whether rolling elsewhere in the body makes sense in the event of local problems. Pregnant women should also consult with a doctor, doctor or midwife. And in general: if you feel that it’s not good for you, then let it roll alone. 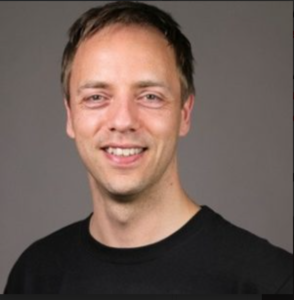 Why are We Just Learning About Fascia Now?
Next Post: What is Fascia?